More than a dozen people have been arrested and accused of luring women from poor backgrounds in Bangkok to live as sex slaves, authorities say

More than a dozen people have been arrested and accused of running an international sex-trafficking ring that held hundreds of Thai women trapped in debt bondage across the United States, authorities said on Wednesday.

The arrests could be a fatal blow to the criminal organization cited for luring victims from poor backgrounds in Bangkok to live as sex slaves, US federal authorities said.

“They promised women in Thailand a chance at the American dream, but instead exploited them, coerced them and forced them to live a nightmare,” said Andrew Luger, US attorney for the district of Minnesota, in a statement.

The arrests, made on Tuesday and announced on Wednesday, capped an investigation of more than two years into the ring, which allegedly had been operating since 2009, authorities said. 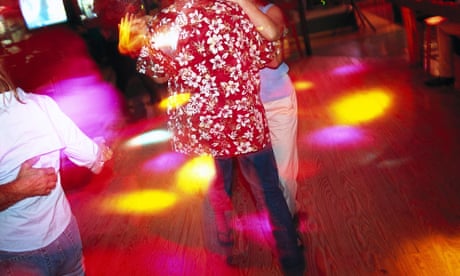 Arrests were made in Chicago, Los Angeles, Atlanta and Honolulu of 12 Thai and five US nationals, and the accused Thai boss was arrested in Belgium in August, they said. Four other suspects remain at large, they said.

The scale of the arrests should hurt the ring “very badly”, said Alex Khu, special agent in charge of homeland security investigations in St Paul, Minnesota.

“We weren’t just taking out the runners, but we were also taking out facilitators, people who were in charge of money … domestically and internationally,” he said.

Forced to work as prostitutes, the women were held in bondage until they paid off debts as high as $60,000, prosecutors said.

They were told to undergo breast implant surgery, and the surgery cost was added to their debt, they said.

The captors threatened to hurt their families if they resisted, they said. The victims, who numbered in the hundreds and spoke little English, were held in US cities including Minneapolis, Washington, Las Vegas, Los Angeles and Dallas.

The charges include conspiracy, sex trafficking and committing forced labor.

Over the past decade, anti-slavery group Polaris said it has received reports of more than 14,500 sex-trafficking cases in the United States.

Globally, nearly 21 million people are victims of human trafficking, according to the UN’s International Labour Organization (ILO). An estimated 4.5 million of them are forced into sex work.