In his book ‘Hot, Flat, and Crowded’, American political commentator and author Thomas L Friedman argued that problems such as disruptive climate change, lack of access to modern energy services, among others can have a devastating effect, if not mitigated.

While reading the book, Rajan Patel (38), an MBA graduate, was startled by the hard facts and figures about the current state of the earth, which is becoming drier and poorer. According to UN IPCC’s latest report on climate change, the world is on track to hit 1.5 degrees Celcius by 2030.

So, he, along with Ahmedabad-based entrepreneurs — Yash Mehta and Raj Jain — set up Shudh Jivan Retail in 2019 with a mission to make the business sustainable and help in fixing the planet by bringing organic vegetables, fruits, groceries, among other products from trusted farms and artisans to consumers.

While FARMSE is a retail outlet of Shudh Jivan Retail Pvt lt, Greenobazaar, which was started by Rajan in 2016, remains an ecommerce platform that sells organic products, including both groceries, and vegetables and fruits, across India. Both Farmse and Greenobazaar provide pesticide-free fruits and vegetables sourced from farms that are verified by the trio and a team of 12 people.

The seeds of Farmse were sown when friends Raj and Yash spent their childhood together in Pali, a small town of Rajasthan, 300 kilometres away from Jaipiur. “We would live a zero-waste life naturally, and eat pure organic food,” recalls 26-year-old Yash in a conversation with YourStory.

After completing their school education, Raj and Yash both went to Mumbai to study Chartered Accountancy, and later joined reputed companies like KPMG and Grant Thorton as CAs. But they felt something was amiss, recalls Raj.

Yash says he has always been health conscious and has been mindful about eating healthy and wanted to stay closer to nature. Raj, while visiting his native town in Rajasthan during breaks, had made it a habit to visit their family-owned farms and breathe the fresh air that he did not get in the city.

The turning point came when Yash visited the US and Europe in 2018 as part of his job. He realised that stores across the US were selling organic products made in India. When he returned, he discussed the same with Raj, and they started to dig a little more to find what’s happening in farms around their city and what is organic in its true sense.

“We were taken aback by our findings,” tells Yash. To their shock, the findings revealed that many food products that were labelled organic were being treated with pesticides, hazardous fertilisers, and weedicides. “Nobody ever paid heed to what was being fed to our own families and how food was grown,” he adds.

The friends tried to locate organic farms to source produce for their family, however, they could not find reliable sources even for their own consumption. “We realised that everybody wanted to eat the best, but no one knew from where we could actually buy chemical-free food,” says Raj.

Raj and Yash started exploring organic farms, as well as attended workshops and exhibitions related to organic food. They went to Ahmedabad to work with an NGO called Sristi, which is known for organising huge organic food festivals in Gujarat.

While working for Sristi, they fell in love with Ahmedabad, and decided to quit their full-time jobs and move to the city. During their visits, they met Rajan, who shared a similar passion and view, and was trying to sell organic products via Greenobazaar. They decided to merge their efforts and launched Shudh Jivan Retail n 2019.

Initially, the startup used to sell organic vegetables, fruits and groceries on wheels in far-off areas of Ahmedabad and several societies, along with selling on ecommerce platforms. But the team soon realised that people wanted to see, touch and feel the products, and Rajan says that led to Farmse. However, they didn’t want it to be an ordinary organic store where most packaging is in plastic, and only has a focus on sustainable eating but not sustainable living.

The USP of the startup, claims Yash, is that they are not just selling organic produce and groceries, but are also promoting zero-waste living. To do so, the Shudh Jivan has various programmes in place, such as Farmse Farmpe (farm से. farm पे) to ensure transparency in terms of procuring the local produce. Under this programme, families are taken for farm visits where they can check how manure is produced and how they do natural farming. “The visits also help people to trust us,” tells Rajan. 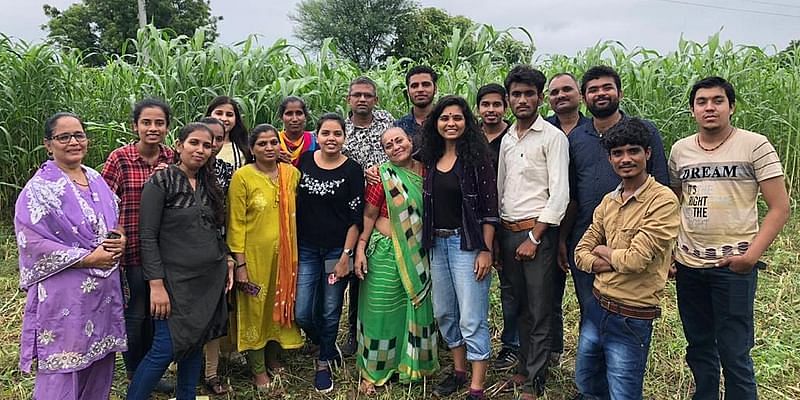 Another programme is BYOC (bring your own container), which focuses on zero waste policy. They have also started “pay by waste” programme in association with Recycle.Green, an app that allows citizens from the city to sell their waste as well as buy products for sustainable practices. Under this programme, people are encouraged to pay via waste. “Paper and plastic waste is accepted as payment for their shopping from Farmse stores,” tells Rajan. About 5 KG of plastic equals Rs 40 at the store.

Besides this, the company uses sustainable packaging for items sold at the store, and even the furniture and shelves are made from bamboo. “Our lamps at the store are made at Kumbharwad in Ahmedabad and not made of plastic or any other imported lights. We also have Lippan walls at the store, that makes it more unique and also provides work to artisans of India,” tells Yash. 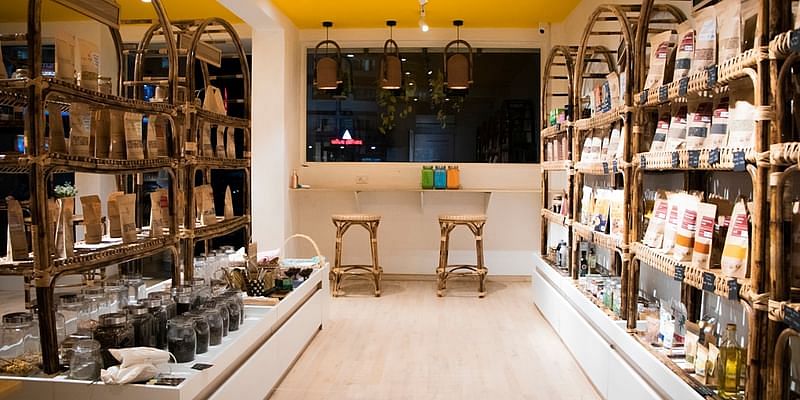 He adds that the startup is trying to solve three key problems — authenticity, affordability, and accessibility.

In terms of competition, the co-founders say that there are no brands in India that are fully sustainable. Some names in the grocery space are Organic Tattva, 24 Mantra, and Down to Earth Organic Food to name a few.

As people become conscious about their health and the environment, Yash, Raj and Rajan aim to target the emerging organic food market, which is expected to grow from $177.14 million in FY2020 to $553.87 million in FY2026, according to ResearchAndMarkets report.

Shudh Jivan has three revenue streams — retail, B2B, and corporate tie-ups for events such as Farmse Farmpe. Since its launch in 2019, the startup has launched two offline franchise stores and has done more than 3,000 doorstep deliveries across Gujarat, Delhi, Lucknow, Kolkata, and Hyderabad.

The company has been bootstrapped so far. Since the founders came from corporate backgrounds, they poured in their savings, along with some capital from friends and family. So far, the trio has invested about Rs 47 lakh in the startup. It has also received a Rs 2 lakh grant under the Gujarat government’s Startup Gujarat scheme under the Department of Science and Technology.

It is also being incubated at Global Accelerator Network’s (GAN) India accelerator in Gurugram. It is now looking for external funding to expand via the franchise business model to various cities, especially Tier-II and III cities in India.

“Over the next two to three years, we plan to grow to over 10 times in revenue and increase our presence to five states,” tells Yash.