The death of a British tourist who was trampled by an elephant in Thailand this week has reenergised campaigns to end widespread abusive practices in the country’s animal tourism sector.

Edwin Wiek, a prominent animal rights campaigner, said he would press Thai politicians to regulate the industry, citing the dangers to holidaymakers who pay to ride elephants or take photos with captive tigers.

“It looks very bad on Thailand,” he said of the killing. “Everyone now is saying that if you take photos with tigers you get mauled and if you ride elephants there is no regulation whatsoever. People have a point.”

Elephants can be docile but are also prone to bouts of rage if agitated. The brutish training of trekking elephants can make them even more dangerous, campaigners say.

The charity World Animal Protection says elephants are made to submit to giving rides as they are taken from their mothers as babies and forced through a savage training process known as “the crush”. Footage of this operation in Thailand has been leaked, in which elephants are restrained in small cages and beaten. 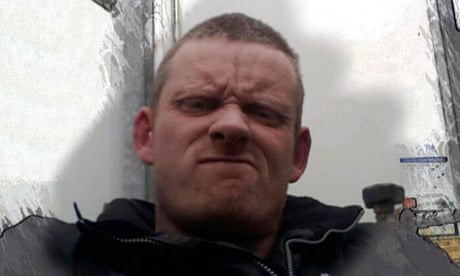 British tourist killed by elephant on trek in Thailand

On Monday, Gareth Crowe, 36, from Scotland, was killed by an elephant during a trek with his 16-year-old stepdaughter Eilidh on the holiday island of Koh Samui. The elephant’s handler, or mahout, had dismounted to take a photograph of the duo when the animal, named Golf, attacked him.

Crowe was thrown off, trampled and gored after the handler unsuccessfully attempted to control the animal with a speared hook.

Samattapong Uttama, assistant managing director of Island Safari, the tour company that owns Golf, said the elephant was being closely monitored following the attack. “We have suspended all operations for 10 to 15 days while we review our procedures,” Samattapong said by phone.

Samattapong said his mahouts were “strictly told that they must not use the sharp end of the stick”, that the company was not cruel to its nine working elephants, and that it closely followed Thailand’s animal rights laws.

Wiek, founder of the Wildlife Friends Foundation of Thailand, said that apart from documents that proved ownership of the animals, Thailand’s 80 elephant camps, which together hold 2,800 elephants, were not properly regulated.

The kingdom’s main piece of legislature to prevent animal abuse, approved by 188 to 1 in a 2014 parliamentary vote, protects “performing show animals” but has mostly been interpreted to cover neglect of domesticated dogs and cats.

Sek Wannamethee, a foreign ministry spokesman, said Thailand had other specific regulations that promote the welfare of elephants, including a beasts of burden act and the tourism department’s guidelines for elephant camp management.

“Enforcement, monitoring and evaluation of these laws and regulations
are constantly carried out throughout the country,” Sek said, adding the Thai government “takes the issue of animal cruelty seriously”.

Activists say further legalisation and increased enforcement is needed. In one zoo on the outskirts of the capital, orangutans are made to box each other for the entertainment of onlookers.

Animal attractions are big business in Thailand, and the tourism sector as a whole accounts for about 10% of GDP. In an indication of the money that performing elephants can make, a baby female is valued at up to £35,000.

Freeland, an organisation that tackles wildlife trafficking, said that most of the time elephants were taken from the wild, often from neighbouring Myanmar. There are an estimated 3,000 wild elephants in Thailand, and a few dozen elephants are still used in logging operations.

But the sector is resilient, even when tourists are attacked. There have been six fatal elephant attacks over the past six months in Thailand, according to Wiek. “I think that we should exploit this moment in the positive sense by telling the Thai government to start thinking about real legislature,” he said.

Several elephant sanctuaries have been set up in Thailand where no rides are permitted but visitors can view the animals – often older elephants that have been rescued from elephant camps – in open areas.

Elephant Nature Park in Chiang Mai province, in northern Thailand, allows visitors to feed, walk alongside and bathe elephants. Its founder Sangduen Chailert travels to elephant camps to train mahouts on basic healthcare, diet and proper handling. Tourists are also allowed to volunteer at the camp, although private insurance is compulsory.