A step in the right direction for renewables in the PH

The renewable energy industry might just get another boost that it needs to become competitive with traditional fossil fuels.

The National Renewable Energy Board (NREB) just recommended an additional round of incentives for the development of solar and wind energy.

The NREB recommended an additional Feed-in-Tariff (FIT) allocation for solar and wind of 500 MW for each technology. The FIT is an incentive program where renewable energy companies are paid a guaranteed price for the energy they generate for 20 years, at a premium to prevailing market rates.

Recommending a thousand megawatts in FIT allocations is a bold move for the NREB, and they deserve praise for what they did. Their recommendation is a significant step in the right direction for the development of renewable energy in the Philippines for two reasons. First, it makes sure that investments are rewarded (albeit at a lower tariff), and second, it paves the way for developing renewable energy at a rate nearing grid parity, where renewable and grid energy are the same rate.

In late 2014, the Department of Energy approved an additional solar FIT target of 450 MW bringing the total Philippine solar target allocation to 500 MW. The 500 MW solar FIT allocation would be valid upon its full subscription, or until March 15, 2016. Solar farms would need to be among the first 500 MW commissioned plants to avail of the FIT.

Due to the relatively large increase in the target and the fast construction time (only a few months), many developers looked to qualify for the solar FIT. These developers include established names like EDC and Aboitiz, as well as newer players in the energy industry like Solar Philippines. 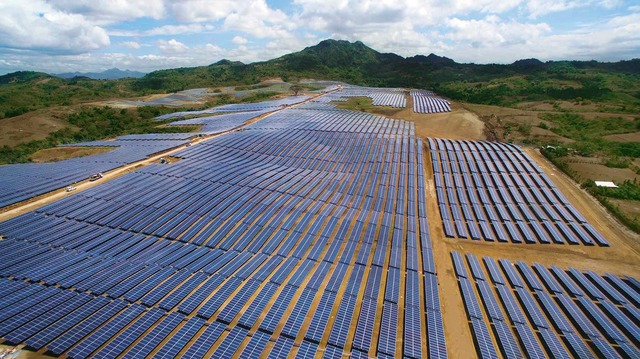 However, as the March 15, 2016 deadline came closer, there was as much as 900 MW worth of solar projects that were trying to qualify for the total 500 MW target. This means that as much as 400 MW worth of solar power projects might not be able to avail of the incentives. This 400 MW translates to tens of billions of pesos in investments that will not get a financially-viable rate of return on their investments.

That is several groups of investors putting billions of pesos and countless man hours on a venture that will not make money. A bust of that scale could lower investor confidence in the Philippine renewable energy industry, and consequently lead to fewer developments in renewable energy projects.

Increasing the FIT allocation by another 500 MW, for a total target of 1000 MW, would ensure that all existing investments in solar would get an acceptable return. This includes the solar projects that tried to avail of the 500 MW target. Even if the NREB recommended a lower rate from the initial 500 MW target, these surplus projects and their developers will not go bankrupt. Increasing the target will make sure that previous investments in renewable energy will be rewarded.

As mentioned earlier, the NREB has also recommended an additional 500 MW FIT allocation for wind energy. Generous MW target FIT allocation, such as 500 MW, can lead to the development of more cost-effective and efficient projects.

Renewable energy in the Philippines has high financing costs because of the first-come, first-served protocol of the FIT system. This is an inherent weakness. Because there is no guarantee of qualifying for the FIT system, an investment in a project is risky. The FIT regulations restrict the borrowing ability of project developers due to unsure project returns if the Renewable Energy facility does not qualify for the FIT. The less guarantee there is on the rate of return, the higher the interest rates.

A cheap source of capital is debt, which has an interest rate of around 6%. Other forms of capital, such as equity, can have expected returns of 14% to 20%. The costs of capital drive projects costs higher similar to how a house or car might cost more with higher borrowing rates.

A generous FIT allocation would reduce the risk in the investments in the current first-come, first-served system. An RE allocation this large may give developers access to cheaper forms of capital. The lower cost of capital would then allow developers to construct projects at an overall lower project cost which would then allow for a lower FIT rate. Essentially, the increased FIT target would lead to cheaper money, leading to a more cost-effective project.

All things said, the NREB’s recommendation is a step in the right direction towards developing renewable energy. It will allow the operating solar plants to get a return on their investment. And it paves the way for cheaper renewables here in the Philippines. – Rappler.com